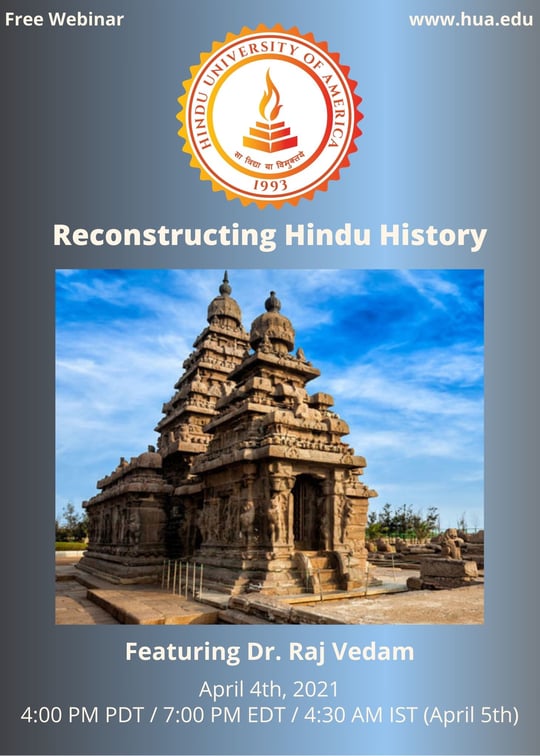 It was only in the 19th century, the late 1700s and early 1800s, that "world history" became a critically important discipline. The European project of constructing a world history emerged from the so called discovery of lands and peoples previously unknown to them.

Many omissions and commissions have been perpetrated on Hindu history at a time when India was weak, colonized, and hopelessly impoverished.

In this webinar, we will take a brief journey through Hindu history that examines the evidence emerging in relation to Western narratives, in which Hindu civilization was subsumed into a Eurocentric grand narrative. 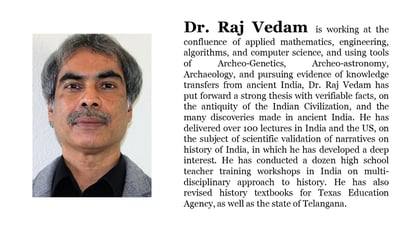