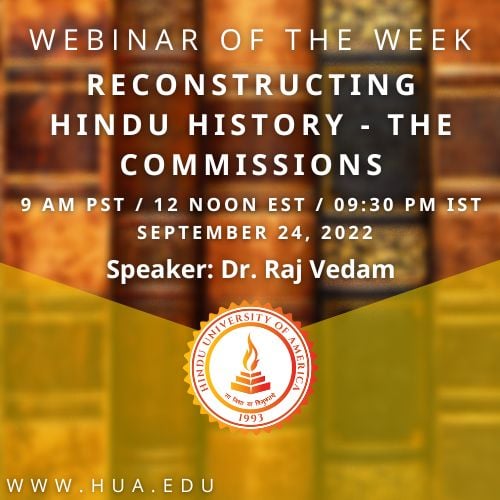 It was only in the 19th century, the late 1700s and early 1800s, that "World History" became a critically important discipline. The European project of constructing a world history emerged from the so called "discovery" of lands and peoples previously unknown to them, subsuming the Hindu civilization into a Eurocentric grand narrative.

As Hindus embark upon the vitally important project of reclaiming their own history, in the light of emerging evidence in multiple fields of knowledge, it becomes imperative that we reconcile facts, hypotheses and theories in a viable interdisciplinary synthesis.