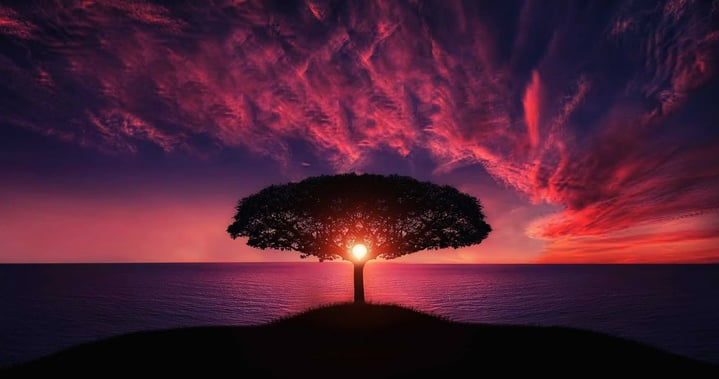 Metaphysical conceptions are slighted in our modern world while the scientific method is hailed as a panacea for all our ills. Science and Metaphysics approach reality from different perspectives and therefore they cannot be compared. I argue that Science and Metaphysical conceptions of reality are mutually exclusive theories of reality that co-exist and the choice of one or another is ultimately an individuals prerogative.

The term Science(1) is often used as a pejorative adjective to convince society about the superiority of a scientific conception of reality over a metaphysical one. The use of the term Science in this manner has become commonplace because it has not been effectively challenged. It is particularly sad to witness the acquiescence of many ardent adherents of Metaphysics to the false notion that their view of reality is mere faith and not worthy of the same respect or reverence as the scientific view of reality. The notion that a scientific conception of reality is superior to a metaphysical one is fallacious. Assumptions (i.e., beliefs) and value judgements are at the root of all theories, whether they are scientific or metaphysical; therefore, Science is not worthy of a higher status than Metaphysics. They both approach reality from different perspectives; consequently, they cannot be compared. In fact, one could reasonably argue that they constitute mutually exclusive systems for understanding the nature of reality. Lastly, Science is not prescriptive; it does not tell a person what he or she should do to minimise his or her misery or maximise his or her happiness, given the nature of reality. A metaphysical system, on the other hand, is prescriptive; it provides an algorithm that can be followed for a person to minimize his or her misery or maximize his or her happiness.

There is no rational basis for concluding that a scientific explanation of reality is superior to a metaphysical conception of reality. Originally, this credulous claim was supported by the argument that only scientific theories can be proved directly using unassailable empirical evidence. Revolutionary changes in scientific theories, however, established that scientific theories can never be conclusively proven based on empirical evidence. That is, one cannot say that a scientific theory can be proven using empirical evidence since there is a chance that it can be falsified by a competing theory in the future. For example, John Dalton’s atomic model, which hypothesized that atoms were indivisible and indestructible was later invalidated by Neils Bohr’s atomic model, which hypothesized that atoms can be further divided into subatomic particles, namely electrons, protons and neutrons.(2) To accommodate revolutionary changes in Science, the original supporting argument was modified to state that Science is superior because Scientific theories, unlike metaphysical theories, can be falsified directly by evidence. Like the previous supporting argument, this argument also failed to withstand scrutiny, as there is no direct connection between empirical evidence and any associated scientific theory. A scientific theory or hypothesis is always linked with a series of supporting premises. In the presence of supporting premises, any falsifying evidence or observations can only be viewed as falsifying at least one of the supporting assumptions and cannot be viewed as conclusively falsifying the scientific theory itself.(3) After the demise of the falsification argument, an effort was made to argue that scientific theories can be shown to be conditionally true in a probabilistic sense based on empirical evidence, whereas metaphysical theories cannot. This argument also fell apart, as there may be many ways to derive the conditional probability and there is no basis to argue that one way of deriving the conditional probability is correct.(4) All attempts to establish the supremacy of Science over Metaphysics have failed; consequently, one cannot make such a claim without making a value judgement that some form of intersubjective empirical verifiability is superior. Such a claim of supremacy would not be rooted in logic, but rather on faith or belief. (5)(Worrall, John 2002 pp.18-36)

Science and Metaphysics approach reality from different perspectives and therefore they cannot be compared. Most metaphysical systems of thought, such as the Indian Vedanta, define Being as Consciousness or the knowing Self, whereas Science does not accept the notion of Being. Science, or more specifically the materialist philosophy underlying it, views living things as computerised machines leading purposeless lives with no independent existence apart from the body. According to the materialist philosophy directing Science, body parts are simply replaceable components and living things can be manufactured through cloning and preserved indefinitely with periodic maintenance and repairs. Thoughts, feelings and experience are simply electrical signals of the brain and can be ignored in describing the nature of reality. Phenomena that are not consistent with the scientific theories are simply dismissed. For metaphysical systems of thought, on the other hand, life has meaning and a definite purpose. These systems are more holistic and give a great deal of importance to personal experience, emotions and unexplained phenomena in explaining reality. Therefore, Science and Metaphysical conceptions of reality are mutually exclusive theories of reality that co-exist and the choice of one or another is ultimately an individual’s prerogative. A person whose value judgement will not let him or her ignore personal experience, emotions and unexplained phenomena will choose a metaphysical system of thought that takes a holistic approach to the nature of reality. Alternatively, a person who ascribes greater importance to empirical verifiability and is not bothered by Science’s invalidation of personal experience, emotions and unexplained phenomena as valid sources of knowledge, will prefer Science to a Metaphysical system of thought.

Science is not prescriptive; it tries to describe the nature of reality but has nothing to say on how one should navigate his or her life given that nature of reality. More specifically, Science has no guidance to offer because we are all programmed machines. Programmed machines have no feelings, and, as a result, do not need any guidance on how to navigate reality. Richard Dawkins aptly highlights this by stating that “the universe we observe has precisely the properties we should expect if there is, at the bottom, no design, no purpose, no evil, no good, nothing but blind, pitiless indifference.” Metaphysical systems, which do not deny or dismiss the reality of personal experience, on the other hand, are mostly prescriptive; they provide processes that can be followed by a person to minimize his or her misery and/or maximise his or her happiness. Consequently, a deep-seated person, who cannot deny his or her personal experience or think of him or herself as a machine, will have no choice but to reject the scientific view of the nature of reality and adopt a metaphysical system of thought.

In conclusion, no reasonable or rational person can honestly argue that a scientific conception of the nature of reality is superior to metaphysical conceptions of the nature of reality. Such a person would have to acknowledge that assumptions (i.e. beliefs) and value judgements are at the root of all theories, whether they are scientific or metaphysical, and would have to submit to the fundamental axiom of logic that nothing is devoid of belief. Additionally, the person would also have to acknowledge that Science and Metaphysics approach reality from different perspectives; therefore, they cannot be compared. Lastly, the person will also have to acknowledge that Science has nothing to say on how one should navigate his or her life, given the scientific theory of reality; consequently, anyone, including many practicing scientists, that cannot deny personal experience or think of him or herself as a programmed machine, will have no choice but to reject the scientific view of the nature of reality and adopt a metaphysical system of thought.

Venkat Nagarajan is a U.S.-based Economist and a current student of Hindu University of America. He is pursuing Orientation of Hindu Studies at HUA. He has a keen interest in Philosophy and Economics, and is interested in sharing his perspectives with readers through his writings. This article first appeared in Pragyata on Sept 11, 2019 and is reshared with author’s consent.

1. The term Science, as used in this article, collectively refers to all branches of Science and the materialistic philosophy underlying them.

3. This follows from the definition of a valid argument. An argument is valid if it is impossible for all its premises to be true and its conclusion false. Therefore, the presence of a false conclusion only implies that at least one of the assumptions is false and not that all the assumptions or the theory itself is false. In other words, a valid argument with a mixture of true and false premises and a false conclusion is still possible.