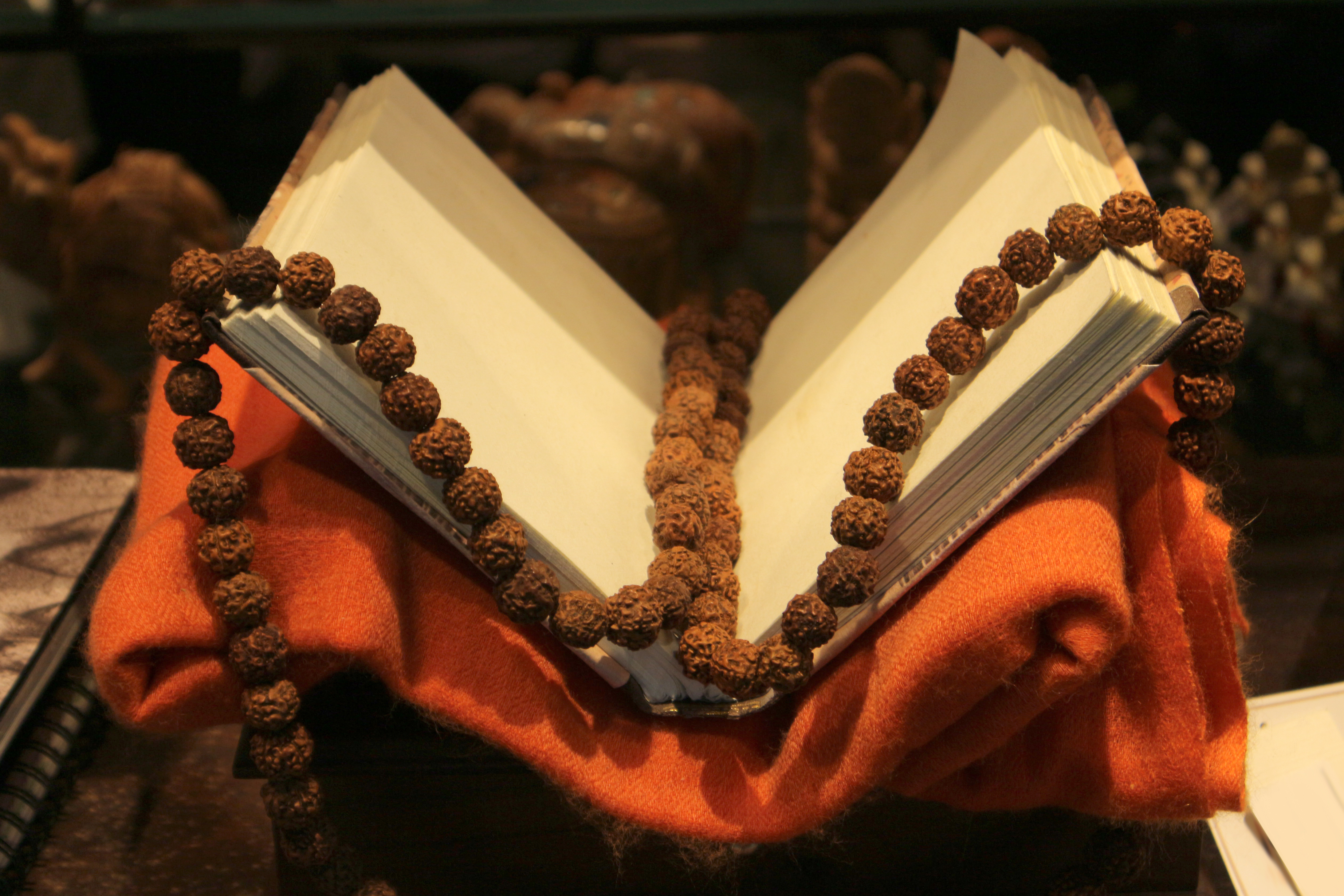 Today, western Indologists shape and influence society’s views and perceptions about Hinduism and India, which are largely Hinduphobic. Hindu Studies as an academic discipline is of paramount importance to counter the negative perceptions and for promoting an insider to insider transmission of knowledge.

Today, western Indologists shape and influence society’s views and perceptions about Hinduism and India. The Indologists, who are outsiders (i.e., non-practitioners), view Hinduism and India through a western lens and largely portray both as regressive, primitive, and unworthy. In such an environment, Hindu Studies as an academic discipline is essential. Having Hindu Studies as an academic discipline will increase the insider (i.e., practitioner) to insider transmission of information to Hindus in America, India, and across the world. Furthermore, it will foster the building of a formidable and well-equipped movement to counter the negative portrayal of Hinduism and India in academia as well as media and begin the process of an insider to outsider transmission of knowledge. Lastly, Hindu Studies needs to become entrenched as an academic discipline to build an alternative paradigm about Hinduism and India that is based on the hermeneutics of ‘Shraddha’ and an insider’s experience.

Hindu Studies is of paramount importance for promoting an insider to insider transmission of knowledge. Negative portrayals of Hinduism and India permeate all sources of knowledge and information across the world. Negative portrayals are present in the academic setting where Indologists use the hermeneutics of suspicion, an analytical approach that is founded on distrust of insiders, to interpret important Hindu texts, Indian history and Hindu culture itself. The Indologists’ approach is focused on developing far-fetched interpretations that discredit insider viewpoints and portray proponents of those viewpoints as hegemons. The western Indologists’ perverse obsession with debasing everything sacred to insiders is illustrated by the title of Jeffrey Kripal’s book, Kali’s Child: The Mystical and the Erotic in the Life and Teachings of Ramakrishna.

The media also analyzes all geopolitical events related to India or Hindus using the Marxian framework of the hermeneutics of suspicion, which classifies India or Hindus as the oppressor and the other involved parties as the oppressed. A good example of this phenomenon is the media’s admonishment of the Government of India for granting citizenship rights to non-Muslim refugees from Bangladesh, Pakistan, and Afghanistan through the recently passed Citizenship Amendment Act (“CAA”). Given the demographic data, which clearly illustrate that the non-Muslim populations of these countries have significantly decreased over time, and the well-documented evidence of acts of violence and intimidation against non-Muslims, any discerning follower of geopolitical events would have expected the media to chastise the governments of Bangladesh, Pakistan, and Afghanistan. However, similar to the Indologists in the academic setting, the media chose to employ a far-fetched and baseless interpretation of the CAA to designate the law as being anti-Muslim and to demonize and reprimand India and Hindus. This is because the media evaluates all geopolitical events based on a fixed categorization of victims and victimizers. Hindus, whether they live in India or overseas, are viewed as far-right nationalists, non-pluralistic, anti-Muslim, etc. whereas Muslims are viewed as victims, oppressed, fearful, and so on. Similarly, India is designated the aggressor or oppressor, and Pakistan and Bangladesh are designated the oppressed or victims.

Given the dominance of the Indologists’ paradigm, even many insiders have adulterated their thinking and analytical framework by adopting western concepts and principles that are foreign to the insiders’ paradigm. The only way to remedy this problem is to have Hindu Studies as an academic discipline.

When more devoted Hindus educate themselves in Hindu Studies, then the negative portrayal of Hinduism and India in academia and media can be more effectively countered, and a process of an insider to outsider transmission of knowledge can begin.

Hindus have been under subjugation since the 10th century when the Islamic invasion and colonization of India began. Subsequently, the colonization and subjugation continued under the British. Unfortunately, the subjugation did not diminish after India gained independence but rather continued under the socialist governments led by members of the Nehru-Gandhi family, which has governed India for 40 years since independence. The patriotism and cultural pride of Hindus became subdued by this long period of subjugation.

With the election of a new Indian prime minister, who was not indoctrinated by the perspectives of western Indology, in 2014, Hindus’ pride in their ancient heritage and affinity for India was rekindled. As a result of this, many Hindus in India and across the world have become active on social media and other forums to combat the incessant debasing of their heritage and country of origin. However, although Hindus have regained the zeal to defend their heritage and motherland, there isn’t a critical mass of people with the requisite background knowledge and communication skills to effectively challenge the large volume of anti-Hindu and anti-India perspectives in media and academia.

As a result of the initiation and promotion of Hindu Studies as an academic discipline in the Hindu University of America, Center for Indic Studies and other institutions run by insiders, a greater number of Hindus will become better equipped with knowledge and communication skills to effectively engage the anti-Hindu and anti-India perspectives in the Media as well as Academia. Those Hindus who engage in a deep study in the area of Hindu Studies will be able to challenge these negative perspectives in academia. Those who engage in less rigorous study can focus on combating the detrimental perspectives in the Media. Once the number of Hindus with the appropriate knowledge and skills increases to a level that is more than enough to tackle these harmful perspectives, then some portion of them can start to focus on meaningful insider to outsider knowledge transmission.

The ultimate objective of having Hindu Studies as an academic discipline is to build an alternative paradigm about Hinduism and India. This alternative paradigm would be based on an insider's experience and the hermeneutics of ‘Shraddha’, an approach that interprets Hindu texts, Indian history, and Hindu culture in a respectful manner. To accomplish this objective, a great deal of sacrifice and effort is needed, as it is very difficult to displace a dominant paradigm like Indology. Many scholars, who have challenged the paradigm of Indology by adopting the hermeneutics of ‘Shraddha’ framework, have been subject to personal attacks and labeled as Hindu fascists. Their experience, and those of others, who are likely to challenge Indology, will not be very dissimilar from the experience of Galileo, who challenged the Heliocentric Biblical view of the universe. Such a comparison is not at all an exaggeration.

Perspectives of Indology have achieved the status of “unassailable truth” such that any competing perspectives that are antithetical to Indology are deemed blasphemous and the promoters of those perspectives are ostracized or even worse severely defamed and reduced to the status of outcasts.

Hindu Studies as an academic discipline is critical to increasing an insider (i.e., practitioner) to insider transmission of information. It is also essential for countering the negative portrayal of both in academia and the media and beginning the process of an insider to outsider transmission of knowledge. Most importantly, it is a prerequisite for displacing Indology as the dominant paradigm for learning about Hinduism and India. I hope that this essay can serve as inspiration for passionate knowledge seekers who are willing to make the sacrifice necessary to mount a blasphemous challenge to the ‘received knowledge’ (i.e., Indology).