Takeaways and Surprises on How Hindu Dharma Transformed America 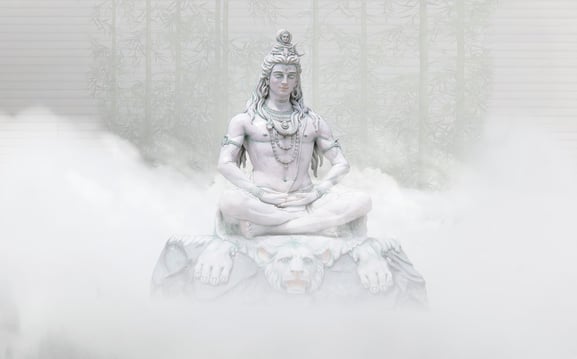 While I had known some of the impact of Hinduism on America, prior to beginning this course, I had not known of the extent and scale of impact, the nature of certain impacts and the adaptions that took place.

Takeaways and Surprises on How Hindu Dharma Transformed America

Take Away 1: The Scale of the Impact

I had known some of the impact of Hinduism on America, prior to beginning this course, from experience and from Googling after embracing Sanatana Dharma. That is, I had known of many of the teachers and gurus who had come from India, and follow several on YouTube; had listened to the music of kirtan artists such as Krishna Das and Jai Uttal; knew that the Beatles had gone to Rishikesh; and was broadly aware of the mainstreaming (and thus secularization) of yoga and meditation. However, I did not realize the extent of the impact until it was laid out in a systematic manner in this class. Even where I thought I would know of all of the examples which would be provided, I often learned of some new ones, such as of several gurus and teachers: Sri Nisargadatta Maharaj, Swami Vidyadhishananda, and several others; of bhakti artists, such as Gina Sala and, from the American Veda book, Chandrika Tandon; and the process of the mainstreaming of Hindu practices, whether by those who appropriated (such as Herbert Benson) or those who were more respectful. I will be looking into some of the suggested sources (i.e., YouTube channels, suggested Beatles songs) to learn more.

There were areas in which I had no knowledge of the impact, such as in terms of the Western thinkers, scientists (except for Ram Dass), novelists, and poets who were mentioned. I had read other works by some of them in high school (Salinger, Yeats, Emerson), though not the ones featuring Hindu ideas. A classmate mentioned that unfamiliarity often breeds fear. Being from Bosnia originally, the fact that Tesla, someone also from the former Yugoslavia (now Serbia), was influenced by Vedantic thinking is a fact which I could potentially use to lessen distrust and the sense of foreignness with some of my Catholic family members if the topic of Hinduism were to arise.

Takeaway 2: The Importance and Pitfalls of Adaptability for Wider Reach

Adaptability has generally played an important role in the survival of Hindu dharma, so unsurprisingly, that trend has continued in America. From the changes in Yogananda’s lecture titles given as examples in the class, to Phil ji’s personal example of Maharishi Mahesh Yogi emphasizing the use of stress reduction language in Transcendental Meditation instruction, to the use of YouTube and social media by gurus and acharyas to communicate their teachings, and by using descriptors such as “technology” and “tool” to describe said teachings, such adaptability has ensured that Hindu dharma has a wider reach, especially to those who identify as “spiritual, but not religious”. Even my local Hindu temple, which has existed since 1976, has adapted to the times and now also broadcasts pujas on Facebook, which I certainly appreciate, particularly during this pandemic. While this is positive, and there are those who do give credit to the source, I share the concerns expressed in the class about the distortions which often arise from improper training and lack of attribution. For example, an acquaintance who is an aerobics instructor suggested I attend a free “yoga” class she was teaching, since she knew of my identification as Hindu. Perhaps her background in aerobics should have been a red flag; although I do not think she had ill intentions, I still was dismayed to find her referring to asanas as “moves”, no use of Sanskrit terms or even an indication of their English names, and no hint of the existence of any other yogic limbs (not even a pranayama exercise for example). In short, it was a gentle exercise class which happened to use asanas as the basis for body movement. Thinking about how I could somehow hint to participants that there was more to yoga than what was being presented, I asked a question on the impact of a certain asana, and gave both its Sanskrit and English names in the question. As discussed in the course, such troubling distortions are also reflected in many translations of sacred Hindu works, from Sanskrit to English, where words with different Christian connotations (heaven, sin, soul, lord, etc.) are used as insufficient one-word equivalents by those who do not have a proper grounding in Sanskrit; this also occurs with inaccurate interpretations of Sanskrit texts, such as those of Wendy Doniger and others (as thoroughly discussed by Rajiv Malhotra ji).

Perhaps more concerning to me are the instances of deliberate misconstruing of Sanatana Dharma for goals such as increased profit or religious conversion. The problem of colonized 19th-century translations of the Gita, Vedas, and other works were mentioned in the class, and yet they are arguably the easiest versions to access as they are now in public domain. I think of “practices'' such as beer and goat yoga, of which I have heard, which could not have strayed farther from the actual goals of authentic yoga. A friend who is a staunch atheist but practices mantra meditation shared who his teacher was, and I looked at this person’s website. I found a few issues there: 1. The mantra used in their general example of meditation was Benson’s “one” rather than any Sanskrit word or phrase; 2. A better sex-life was listed several times as one of the benefits of practice; 3. Their definition of “who you are” was productivity-focused (in the sense of remembering what you were put on this planet to do and then doing it) and not quite the awareness of our true essence as pure consciousness. I remember that when I first stumbled across Jay Shetty’s book Think Like a Monk, on the Kindle Coming Soon page, the synopsis explicitly identified him as having been a monk in the Hindu tradition, whereas by the time of publication, there was no mention of the word Hindu (or even Vedic) in the description. To be fair, this may have been a marketing decision made by the publisher, as the author himself prominently featured interviews with the monks who served as his mentors on his podcast, Gauranga Das and Radhanath Swami. In addition to Hinduism being the recognized term which encapsulates my worldview and spiritual practices, the abuse and misconception of the Hindu identity is another reason why I identify as Hindu when asked about my religious beliefs. I hope it at least opens the possibility for a dialogue about an accurate representation of Hinduism from one practitioner’s perspective.

Surprise: The Nature of Certain Impacts

I was quite surprised to learn some of the impacts of Hindu dharma, such as the indirect path of possible influence on the Star Wars film franchise. A friend who is a huge Star Wars fan has told me she would be curious to visit the temple (referred to earlier), but is somewhat nervous about not knowing what to expect; I think I will find some of Dr. Long’s writing on this to share with her, which will perhaps put her at ease by helping her understand the philosophy underlying the practices in a familiar way. Seeing as Christianity and Judaism are generally averse to many Hindu concepts and such co-mingling of faiths, I was also surprised to learn of the impact of Hindu dharma on priests and rabbis. I was especially surprised to learn of examples like that of the Kirtan Rabbi, and of ISKCON devotees and Hasidic Jews chanting together in Sanskrit and Hebrew respectively. Indeed, when I shared with a Hasidic friend about the Kirtan Rabbi, he agreed that it was interesting, but also said it wasn’t kosher. I agree with the many gurus who do not see a problem with their disciples originating from these religious backgrounds, and then being moved to discover and practice the mystical aspects of these traditions after studying Hinduism. However, I am disconcerted by the examples given in the class of religious leaders who studied Hinduism with the explicit intentions of applying it to their own traditions so as to retain (and perhaps convert?) followers (e.g., Shantivanam Ashram, a Hindu-Christian ashram in Tamil Nadu). It is a reminder for us to be discerning of the nature of the impact—whether it respects or perhaps appropriates Hindu practices. Finally, I was surprised to learn from a classmate of the impact of Hindu ideas on Montessori education—another reminder of how broad it really is.

Takeaway 3: The Importance of Building Bridges Between Adopters and Inheritors

As an adopter of Hinduism who also enjoys its cultural aspects (i.e., I set up a mandir space in my apartment and perform puja, I enjoy bhajans, I love Indian food, etc.), I was glad to learn of the examples of interaction between the the adopters and inheritors (e.g., some Westerners at Hindu temples, Indians at places like Vedanta Society and Self-Realization Fellowship, Indian Hindu acceptance of a Western Hindu’s de-colonized translation of the Gita, etc.) Even though I usually am an introvert, I should do my part and make it a point to visit my nearby temple in person after the pandemic. As the extent to which one should follow the Hindu customs has historically been a point of tension—for example it was one of the reasons for the split between the Vedanta Society and Ramakrishna-Vivekananda Center in NYC—it is important to continue to build such bridges.

Posted in Global Impact of Hinduism

Ayurveda and Beyond: The Need for Hindu Studies in Academic Institutions
To Om or Not to Om?
All Posts