A case for Hindu Studies in Academia 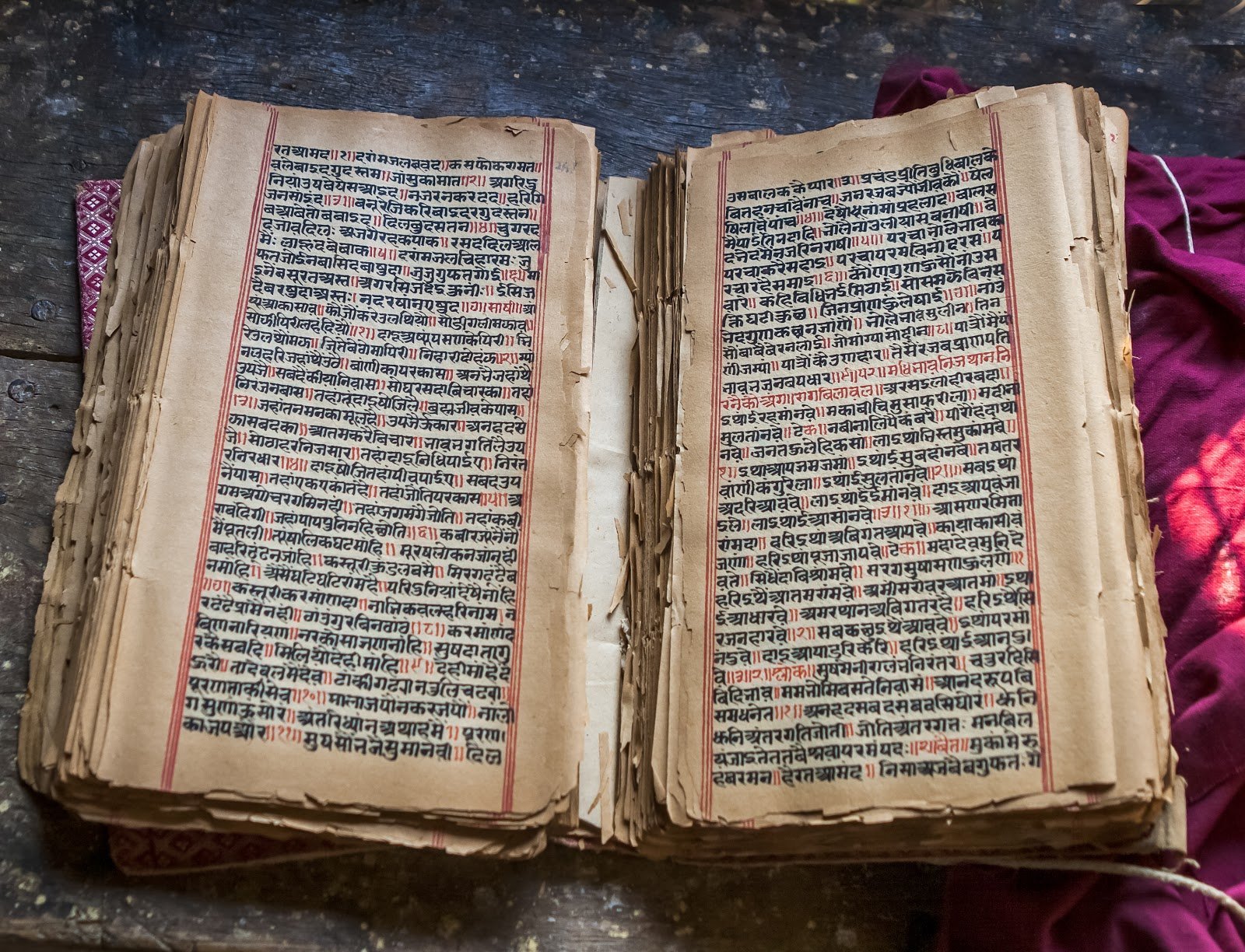 The Hindu community in India and globally have a dual role and responsibility: as direct inheritors of Hindu legacy and as its custodians. … The collective body of Hindu literature and writings is vast and rich, and merits a status of a world heritage and a study for its own sake.

Following the Roman empire’s decline and fall, European and Near East histories have been rife with accounts of hegemonic battles among the three Abrahamic civilizations. Islam overran nations at the point of a sword, crusaders inspired by the Popes attempted to wrest back control of their Holy Land, Christians’ inquisitions terrorized heretics, and their conquests decimated the indigenous cultures of the New World. And in the post-medieval world, while Islamic civilization remains stymied by nostalgia of its losses to Judeo-Christian rivals, there has been some moral redemption for the West through its science and material progress that have lifted millions out of poverty and the grips of disease. Yet, contemporaneously, many nations have been colonized and enslaved, pogroms unleashed and masses killed and nature’s ecological systems nearly destroyed in the pursuit of unbridled materialism and the imposition of a narrow and constipated set of religious doctrines and philosophical ideas. On balance, there has been material progress -- but, at a huge cost. It is, therefore, only natural to ask: “Could a mindset different from a Western one, which dominates most of humanity today, offer a countervailing perspective and tend us toward a more balanced one?” Yes, it is an idea worth studying – and, a contemplation of the Hindu mindset offers hope. Such a mindset, when rooted in a disciplined study and understanding of a Hindu perspective, promises that alternative to the world, outside of India. Equally, inside India, such a study of Hinduism is imperative for the curious Hindu as an inheritor and a custodian of its bequest so that it may reclaim, conserve and live its heritage – a heritage which faces a possibility of being lost to time. All this aside, the collection of Hindu ideas and all their accompanying disciplines merit a study for its own sake as a world heritage. Hinduism has created by far the longest surviving civilization, has offered a deeply contrasting set of views on life and post-life through a body of literature that is manifold vaster than the collective set of classical writings of the West, and in a language – Sanskrit – admired not just for its antiquity but also for its grammatical precision. Furthermore, in academia, there is a need to address a skewed discourse on Hinduism, led in large part by its detractors, by encouraging and fostering an exhaustive, well-researched, cogent and targeted body of academic writings grounded in the hermeneutics of shraddha. All in all, a disciplined and academic study of the body of Hindu literature and philosophy is essential and needed today to offer a counterpoint to an all-pervasive Western way of thinking, to safeguard, preserve and pass on Hindu philosophical thought, to study for its own sake an ancient, rich and vast body of world heritage literature, and to countervail against the predominantly outsiders’ perspectives in academia.

Only a few limited concepts from the Hindu way have moved from the periphery and exotica to mainstream on the global stage – others remain untouched or confined to study by a coterie of scholars in Western academic institutions. Uniquely, it is Yoga which in the last several decades has been embraced by large numbers of people for its palpable benefits to the well-being of individuals and society. Vegetarianism and ahimsa toward all beings and nature – quintessential Indian and Hindu1 concepts – have also begun to gain currency.2 Yet, to an informed insider to Hinduism, these concepts are merely incidental outgrowths from a larger set of foundational philosophical ideas. Yoga, from an insider’s perspective, is just one among numerous ways to follow in the quest for answers to existential questions; its salutary effects, while important to prepare the body and mind for contemplative meditation, are only incidental to the larger goal of seeking Brahman. The larger body of Hindu thoughts has many other underlying principles that can benefit humanity: for instance, there are multiple ways to get to the same Truth (an absence of a singular doctrine), that an individual may see the same God in his/her own way but different from another individual, and that a path to spiritual goal traverses one’s inner self and doesn’t require an external and disassociated God (the concept of Advait). Over millennia, these principles have permitted freedom of thought and expression, and created a civilizational mindset of accommodation and acceptance of different ideas quite in contrast to Abrahamic religions’ hegemonic belief of conversion to their form of the Truth. So, with time, Hinduism has responded to the new ideas and debates that have arisen from within and without, and spawned three other bodies of religious thought, viz. Buddhism, Jainism and Sikhism; and these have brought forth distinct, and sometimes contrasting, positions to that of Hinduism itself. Ahimsa came from Jain philosophy of non-violence against all beings and living things – and, Hinduism, later, accepted and incorporated this as its own basic tenet. For the people beyond its boundaries, it has nurtured a civilization of refuge, which has made room for people persecuted elsewhere and accepted their religious ideas and manifestations as still a new set of perspectives, meriting respect and understanding. So, if a greater number of people are exposed to Hindu ideas by way of academic study and discourse, humanity could together, perhaps, find a middle path that offers hopes of a world more peaceful and of planet Earth more sustainable.

The Hindu community in India and globally have a dual role and responsibility: as direct inheritors of Hindu legacy and as its custodians. However, over the last thousand years and particularly in the last three centuries, Hindus have ceded control of their institutions of learning and grown diffident about their inherited knowledge. Pride, the sense of ownership and of responsibility to conserve and embellish this knowledge has given way to an ambivalence about their own inheritance and a consuming need to acquire outsiders’ systems of values and education. The historical discontinuities of conquests and forced arrogation of power by invaders and colonizers have diminished and interrupted the natural intergenerational flow of knowledge. It is therefore a challenge to resurrect a mindset of pride of ownership, of research and conservation. The challenges for the curious and academically inclined Hindus are further compounded because Hinduism resides not in any one book, but in a vast compendium of writings, discourses and commentaries. To string it all together without easy access to in-depth knowledge and the teaching methods of its living practitioners – gurus and acharyas – is a daunting task for most. Besides, an ecosystem of learning and livelihood to sustain a quest for its study is practically non-existent, even after seventy years of the end of colonial rule. As hopeless as it might seem, there are some green shoots of a growing awareness of this problem and the need to fix it. Against this backdrop, it is essential to create centers of learning within existing Indian and select foreign academic institutions that focus and engage in rigorous study and research into Hindu writings. Given the vastness and range of philosophical subjects and thoughts, the study must be undertaken by not a limited few, but a larger number of institutions – with each institution becoming a center of specialty of a unique school of thinking. This way a wide range of subjects and thoughts can be addressed simultaneously and collectively by a distributed and connected network of academic institutions. With time and focused curation, the overall standard of research and writing would improve and attract brighter minds, and livelihood opportunities would emerge in academia and beyond – the flywheel of Hindu studies would then begin to turn and gain momentum. From this ecosystem would emerge future scholars – gurus and acharyas – who would then propagate and sustain an academic study of Hindu writings within and without India and offer an intellectual and academic counterweight to balance the scale in debates on Hindu philosophy and schools of thought.

The collective body of Hindu literature and writings is vast and rich and merits a status of a world heritage and a study for its own sake. Greek and Latin writings – classical works of Western civilization transcribed in about 30,000 manuscripts – enjoy a disproportionate status in academia. In contrast, Hinduism’s Sanskrit, Tamil and other writings – estimated to be in many million manuscripts – are relegated as esoterica even before an impartial study and discourse are conducted. Hindu deliberations offer a very distinct set of points of view on life, death, co-existence with others and nature, health and well-being, and on the visible universe around us and what may lie beyond human perception. It is this combination of being distinct, multi-disciplinary and voluminous that makes a case for academic institutions to dedicate resources and study Hindu philosophies while maintaining a balance between the two approaches of academic study, viz. the hermeneutics of suspicion and hermeneutics of shraddha.

Western academia, while being an outsider to Hinduism, is ironically the largest producer of commentaries and research on the latter. And, not surprisingly, given its Abrahamic roots, the balance of writings tends to have a preponderance of hermeneutics of suspicion. Such an academic environment has its own dynamics, which essentially regurgitates and validates a prevailing point of view from one writing to the next. The voice of an insider scarcely finds a set of sponsors and supporters. This lopsidedness is self-perpetuating. An externally originating thrust which pushes against this imbalance is therefore imperative to reclaim space and control the narrative. Only a deliberate plan and action to address this need can succeed in the academic world. Indian institutions, alongside some other sympathetic places of learning could be encouraged and fostered to develop a veritable counter narrative. Such an effort must lay down and adhere to the most rigorous academic standards for the evaluation of research which rival those of eminent academic institutions anywhere in the world.

While it may seem that Hindu studies have a very arduous climb up the academic hill, its success is achievable, for there is a reassuring confidence in an informed insider rooted in the durability of Hindu ideas, which have endured the longest journey of many millennia and created a civilization that has given the world alternative perspectives through the wisdom of Gita, Buddha, Mahavir, Nanak and Gandhi, of yoga and ahimsa to name a few – and, all this with the power of thought, appeal and debate, and without violence and without being an existential threat to fellow beings and nature itself.