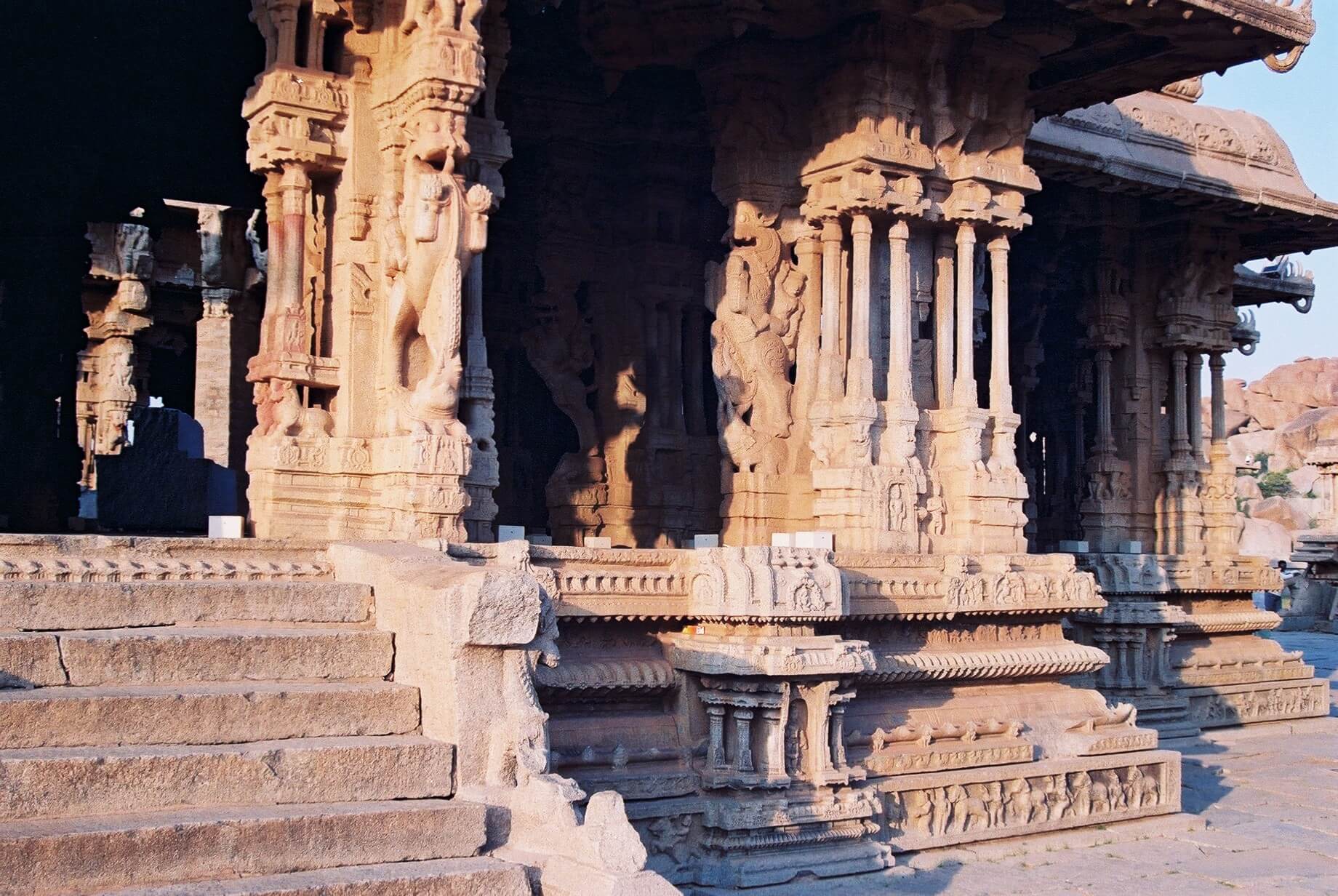 Postcolonial Hindu Studies must begin with an acknowledgment of the epistemic violence towards Hindus by the Colonizers and become a disciplinary project devoted to the task of intellectual decolonization.

Over the last one thousand years, at least, the Hindus did not defend themselves or their lands very well. They were invaded, colonized, converted, impoverished and forced to live under the heel of hostile rule repeatedly. Recently, it has been estimated that over a period of approximately 200 years, the quantum of wealth England drained out of India was around $45 trillion USD1 in current-day terms. Writing for the New York Daily Tribune in 1853, Karl Marx, who lived in England at that time, observed that the loss of the Hindu world was perhaps a permanent and irreversible event.

“All the civil wars, invasions, revolutions, conquests, famines, strangely complex, rapid, and destructive as the successive action in Hindostan may appear, did not go deeper than its surface…. England has broken down the entire framework of Indian society, without any symptoms of reconstitution yet appearing…. This loss of his old world, with no gain of a new one, imparts a particular kind of melancholy to the present misery of the Hindoo, and separates Hindostan, ruled by Britain, from all its ancient traditions, and from the whole of its past history.” – Karl Marx, Quotations taken from articles written in the New York Daily Tribune, 1853

In his life, Karl Marx was a champion of the underdogs, the oppressed and marginalized. His entire life’s work was predicated on the passionate articulation of the inherent evils of Capitalism, and by his own judgement, the whole phenomenon of colonization was the byproduct of the search for easy wealth and capital. However, when it came to India, somehow Karl Marx was able to rationalize its colonization and reframe it, not as the unremittingly violent phenomenon that it was, but as an inevitable event of world history, i.e. it was for its own good that India was conquered, colonized, and impoverished by the British.

“India, then, could not escape the fate of being conquered, and the whole of her past history, if it be anything, is the history of the successive conquests she has undergone.”

“Indian society has no history at all, at least no known history. What we call its history, is but the history of the successive intruders who founded their empires on the passive basis of that unresisting and unchanging society.”

“The question, therefore, is not whether the English had a right to conquer India, but whether we are to prefer India conquered by the Turk, by the Persian, by the Russian, to India conquered by the Briton. England had to fulfill a double mission in India: one destructive, the other regenerating – the annihilation of the old Asiatic society, and the laying of a material foundation of Western society in India.2

By any objective empirical measure, the Hindus are primarily the victims of colonization. In fact, the Hindus have been the victims of at least two distinct eras of colonization; the Islamic and the European, both of which resulted in the conversion of millions of people from Hinduism into Islam and Christianity respectively. However, very little academic effort has gone into investigating the cultural consequences of such sustained colonization.What were the repercussions of such sustained colonization and invasion on Hindu society? How was the Hindu society transformed in fundamental ways? What is the present condition of the Hindu society? What is its future? Is recovery of the old Hindu culture and civilization possible? What is the nature of the hybrid society that colonialism has produced? These are the kinds of questions that must be asked.

On the contrary, enormous ink is being spilled in continually demonizing and dehumanizing the Hindus, and presenting them as the aggressors and victimizers. Meanwhile, the so-called minorities of India (Muslims, Christians, and everyone else) are painted as the victims of majoritarian aggression in the academia and the media today (for example, the statement of the American Academy of Religion, and the 10,000 signatures accompanying a blatantly false petition). Anyone reading contemporary analysis, both in the media and academia, will mistakenly come to the conclusion that Hindus are the aggressors, and Hindutva as one of the greatest threats to both India and the world today. This is the intent behind the falsehoods being enshrined in the campaign of the AAR and associated academics and public intellectuals. How is the inversion of the relationship between the oppressor and the oppressed so easy to accomplish in the case of Hindus? How is it that the oppressed could so easily be turned into the oppressors? How is it that any effort by the Hindus to defend their culture and way of life against sustained and systematic aggression is problematic and turned into a real issue that needs intervention? Why are Hindu voices so completely missing in contesting this in the academia and the media, both in India as well as around the world?

The Marxist analytical framework designated the capitalist class (the oppressor) and the labor class (the oppressed) as constitutive of a fundamental dialectic opposition and claimed that both possessed a class-consciousness inherently hostile to each other. This analytic template has validity within the domain of economic inequality in the form of the irresolvable conflict of interest between the proletariat and the bourgeoisie resulting from the inherent tensions and contradictions of capitalism. This tends to create massive piles of wealth for the very few and enormous poverty for a great majority. His forecast of a violent socialist revolution as the logical and inevitable evolutionary outcome of capitalism, has however turned out to be greatly unrealistic despite the body count of the Marxist experiments exceeding some hundred million under Stalin, Mao and Pol Pot.

The evolution of Classical Marxism into Neo-Marxism (Antonio Gramsci (1891–1937) and further into Cultural Marxism (Frankfurt School of Social Research) however, enabled the discourse of the oppressor-oppressed dichotomy to move into the social and cultural sphere, and allowed to marginalized groups which have been historically oppressed to be examined. Women’s studies and African American Studies are two examples, which seek to redress historical wrongs committed against a specific group of people.

We may think that a similar analysis of Cultural Marxism, when applied to the context of colonialism, would naturally place the colonizer as the oppressor and the colonized as the oppressed, and the Hindus would be acknowledged as the victims of protracted colonization and violence but the logic completely goes off the rails when it deliberately misidentifies the oppressed as the oppressor in the case of the Hindu people. Contemporary discourse emerging from postcolonial theory, when applied to India and the Hindu culture, completely sidesteps the violence of colonialism perpetrated on the Hindu people and instead gets fixated on showing that the Hindus are the real oppressors because of the caste system, and therefore the real problem. Meanwhile, the cultural consequences of Islamic invasions of India, as well as British colonization, are completely overlooked as legitimate areas of study.

This is a mystifying cognitive mis-direction – where the oppressed is turned magically into the oppressor, without a whisper of protest from any quarter.

The Emergence of a New Field of Study

While postcolonialism has emerged as a robust and legitimate field of study in the aftermath of colonialism, a discipline such as Postcolonial Hindu Studies does not even exist today. Colonialism was not merely the economic, political and military control of the colonies by the European colonizers, it was also the context in and through which non-European cultures and knowledge were destroyed, modified, or ‘disciplined’ by colonial rulers. It was a powerful cultural and epistemological conquest of the native populations. The Europeans acquired knowledge over native cultures through translations, commentaries, and academic study before either destroying them completely or profoundly modifying native ways of thinking and existing.3

Postcolonial Hindu Studies as a field of study must begin with an acknowledgment of the nature of the colonial encounter and its inherent epistemic and cultural violence towards the Hindu civilization . It must address this cognitive blind spot in the field which allows for this misdirection where the oppressed Hindu is somehow magically labeled as the oppressor. Furthermore, it must also explore the ways in which colonial narratives about Hindu culture and Hindu people generated during the colonial era by European Indologists keep getting regurgitated and reproduced as authoritative received knowledge without critical examination. It must seek to address the ways in which Hindu culture has been marginalized as an effect of colonial rule and find modes of resistance, retrieval, and if possible, reversal and reclamation of its pre­colonial past. It must seek to understand, negotiate, and critique a specific historical event (colonial rule of India) while looking forward to a world order in which Hindu existence and aspirations are recognized as legitimate expressions of a colonized people. At the same time, Postcolonial Hindu Studies must be a disciplinary project devoted to the academic task of intellectual decolonization: revisiting, remembering, and most crucially, interrogating the colonial discourse with a view to securing an intellectual freedom from the colonialist and orientalist narratives that have become canonical received knowledge regarding the Hindu people, culture and civilization.