Who Speaks for Hindu Studies? 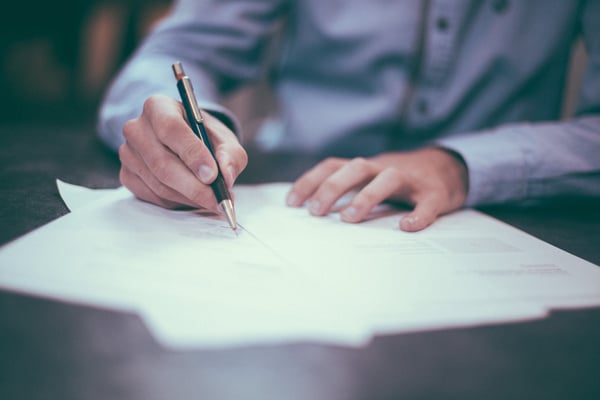 A non-Hindu may certainly teach Hinduism, but Hinduism must be taught on par with other traditions. The Vedas, Upanishads, Brahmasutras, Itihasas are not a playground for one to reconcile personal predilections—but a living tradition informing and inspiring the lives of adherents. Teach that.

Who Speaks for Hindu Studies?

Finding a Voice Amidst the Cacophony

As a Professor of Surgery at the University of Pennsylvania medical school, my academic focus—pedagogy, research, clinical activities—is squarely within the discipline of Urology. Urology is the surgical tradition I have been trained in by other urologists, and seek to master. I do not presume to teach cardiology—I studied the field in medical school—but as it is not my clinical or academic focus, I do not venture to teach that discipline. This is true for academics in the empirical fields—engineering, chemistry, biology, accounting, finance, and the like. There, the academics consult, practice, and teach in their fields. Even the humanities—philosophy, anthropology, sociology—are disciplines comprised of academics that develop unique expertise in specific domains. A philosophy professor who specializes in Kant, will know Nietzche, but an epistemological difference or preference is unlikely to affect a learner viscerally. But religious studies are unique, and must be understood for the impact pedagogy can confer on a learner, a community and entire populations.

Should a scholar of Islam be a practicing Muslim? Would a Muslim academic bring the emic knowledge of one steeped in Islamic traditions be better prepared to understand Islamic jurisprudence, Sharia’s societal implications, and Islamophobia? Can a Muslim academic teach Judaism with the insider’s understanding of daily practice and its contrasts with scriptural traditions? Would a devout, practicing Catholic academic fairly represent the schism of Martin Luther and the Protestant Reformation, or the miraculous revelations of Joseph Smith that led to the founding of the Mormon tradition? The question is mostly moot for these traditions as there are almost no Muslims teaching Judaism at major universities. Here, at Penn, every teacher of Islam is a practicing Muslim—not only practicing, but advocates who spiritedly expressed outrage over the abrogation of Article 370 in India affecting the Indian territories of Jammu, Kashmir, and Ladakh. Every academic teaching Judaism here at Penn is a practicing Jewish theologian.

But for Hindu Studies? Are the interlocutors of Hinduism practicing Hindus, trained in the tradition by Hindus, teaching Hinduism to all who seek, even while seeking to improve in their own search for eternal Truth? Alas, this simply, categorically, unequivocally, is not the case, singularly for one religious tradition—Hinduism.

That Hindu Studies in the halls of academe is important seems axiomatic. If religious studies are to exist as a discipline, then Hindu studies should comprise a portion of that curriculum commensurate to its prominence—the third most practiced religion in the world with well over a billion adherents. One would expect that a Hindu studies curriculum would be taught by practicing Hindus steeped in classical and modern hermeneutic traditions; by academics conversant in the vernacular languages and Sanskrit that form the basis of Hinduism’s foundational scriptures; and that a Hindu academic would be pedagogically equipped to convey the hoary breadth of Hindu scriptural essence and fully immersed in the commentaries of the religion’s preeminent definition as well as contemporary masters—Shankara, Madhava, Ramanuja, Tulsidas, Narasinh Mehta, Tukaram, Ramakrishna, Vivekananda, Chinmayananda. One would assume that Hindu studies would complement the path of Hindu college students—now comprising larger shares of collegiate student bodies—in their own self-discovery. One would not expect a fawning, hagiography of Hinduism or any other religion, but rather a glimpse of the religious tradition—along with insight into where its practitioners fell and continue to fall short—as a story told by one walking the journey of that tradition, inherently sympathetic, as with any academic teaching any religion on any campus. Hindu studies should be in academia, and it should be taught within the same pedagogical traditions of any other religion.

I reviewed the religious studies coursework curriculum for Fall 2020. Examine just the names of two courses that include an introduction to Hindu studies: “Gods, Ghosts and Monsters” or “Religious Bodies and Sex in South Asia.” There is a single course with “Hinduism” within its name, entitled, “Hinduism and Colonial Modernity.” For a college student with little knowledge, perhaps, of the foundations of Hinduism, one will be treated to examine such questions as “How is modern ‘Hinduism’ inextricably hinged to early forms of cultural transnationalism, Orientalism, and incipient forms of nationalism?” One will notice the quotations around Hinduism, and the requisite inclusion of nationalism in a discussion about Hinduism.

One can surmise the academic heuristic informing these course conceptions and designs. One may quite easily distinguish the epistemic approach—will it be the hermeneutic of shraddha or the hermeneutic of suspicion? If an undergraduate collegiate discussion of Hinduism must speak about “inextricable” relationships with `nationalism,’ can one presume that a student seeking to learn foundational principles of Hinduism will receive an insightful exploration of the precepts of Hinduism? If a student wants to delve deeper, is there a course that may explore the varying interpretations of mahavakyas within the Advaita vs. Vishitadwaita vs. Dwaita traditions in an academically rigorous dialectic? Not likely at all.

An indubitable rot has infested Hindu studies at major institutions. I’ve critiqued the work of the doyen of Hindu Studies, Wendy Doniger, and the pervasive dumbing down of the discipline due to an academic malpractice. As I wrote then:

Doniger represents what many believe to be a fundamental flaw in the academic study of Hinduism: that Hindu studies is too often the last refuge of idiosyncratic and irreligious academics presenting themselves as “experts” on a faith that they study without the insight, recognition or reverence of, in this case, a practicing Hindu or even non-Hindu–striving to study Hinduism from the insider’s perspective–would offer.

An “alternative” rendering is, of course, Doniger’s right. But when venturing into the alternate, if the factual is deprecated and editorializing privileged, if the treatment of a religion adhered to by over a billion is rendered unrecognizable in its iteration, a door is opened to bias, spin and errors.”

One may rightly argue that a professor of surgery has no academic standing to pass judgement, wholesale, on the field of Hindu studies. And one cannot cordon off an entire discipline with an entry fee that one must be a practitioner of a religion that one teaches. This sentiment is true. But as I wrote in that same essay:

As a surgeon working in the medical school of a large university, I hold my academic freedom as sacrosanct. My own writings, even here on OnFaith, are a reflection of the liberty I presume and cannot compromise. But this freedom comes with a sober responsibility. When I publish manuscripts and books, I am personally responsible for the veracity of the contents, statistical calculations, and scientific conclusions. These are not always empirical, and much editorializing is demanded. But my freedom is predicated on the accuracy of my work and the fairness of my conclusions. And errors, or playing fast and loose with editorial privilege in fact, if purposeful, can lead to harsh legal and ethical repercussions.

The corollary to my opening contention that the need for Hindu studies is axiomatic, is that the solution to what ails the study of Hinduism is as axiomatic: reconceptualizing and reintroducing Hindu Studies. Religious studies carries a certain responsibility as it touches on the most intimate, personal and psychic realms where other academic disciplines simply do not traverse. A non-Hindu may certainly teach Hinduism, but Hinduism must be taught on par with other traditions. The Vedas, Upanishads, Brahmashastras, Itihas are not a playground for one to reconcile personal predilections—but a living tradition informing and inspiring the lives of adherents. Teach that.

Casually misrepresenting, misinterpreting, sexualizing, racializing or simply denying the foundations of a religious tradition are not simply trafficking in microaggressions, but are nothing less than epistemological violence—conferring a measurable trauma. Let the reality of epiphenomenology of historical trauma inform the discipline. Recruit, train, encourage and cultivate a generation of emic scholars and change the foundations of peer-review sensitive to novel paradigms recognizing the extent to which Hindu studies has been singularly problematized. And, indeed, center and platform institutions organically developed from the Hindu community, such as the Hindu University of America—a totipotent moment of unrivaled possibility. Only then can the ravages of colonial to post-colonial, ancient to postmodern, and indigenous to Western binaries be discarded. And only then can a Hindu studies, rooted in the contemplations of seers and sages that spoke the primordial words of a religious tradition, speak for that tradition again.

Svādhyāya: Self-Study
The Practicality of Bhagavān’s Teachings for Our World
All Posts