Posted on January 20, 2021 by Kalyan Viswanathan 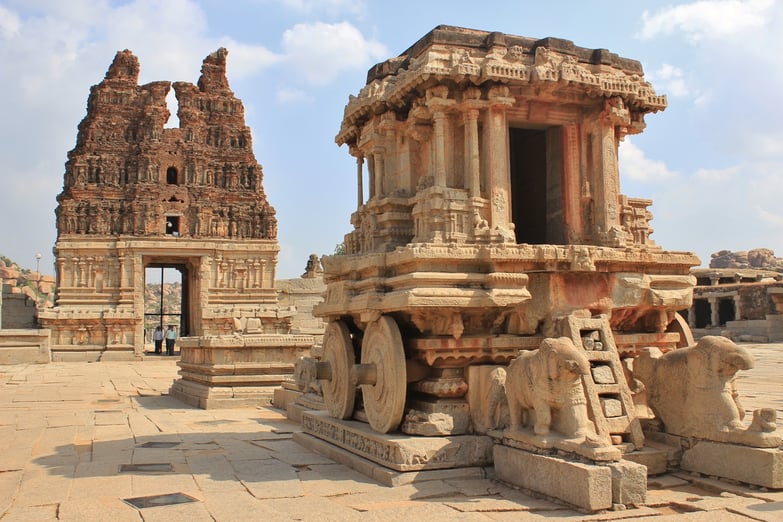 Hindudvesha perpetuates a state of disharmony and conflict, leading to systemic discrimination and violence against the Hindus.

This article seeks to define and differentiate “Hindudvesha”, a relatively new term, from its more popular cognate “Hinduphobia.” First, each term will be defined, then compared, and finally, it will briefly look at the impact of Hindudvesha on the Hindu world and make suggestions on the way forward.

“Dvesha”is a Sanskrit word meaning "aversion", "repulsion” or “hatred” – a deep-rooted emotional response that negatively influences one's perception of the world, or something or some phenomenon in one’s world. Hindudvesha, like systemic racism or anti-Semitism, is an ambient, all-encompassing discourse that denigrates and delegitimizes Hinduism and the Hindu people as it relentlessly problematizes, dehumanizes, and demonizes them. Its accusatory rhetoric treats Hindus as objects or patients to be examined and diagnosed. It presupposes and concludes that Hindus and Hinduism are unacceptable because something about them is irredeemably bad and wrong, evil and demonic.

“Linking Hinduism with backwardness and primitiveness,”[1] the Hindudvesha discourse freezes Hinduism in time as ancient, obsolete, and irrelevant in contemporary times and continues to produce a form of incontestable “received knowledge” about the Hindus. The narrative structure of Hindudvesha frames “the superiority of Western culture both as its presupposition and its conclusion”[2] and “can be traced back to the Christian theological understanding of ‘heathen’ religions [which] have become the foundation of the descriptions of India [Hinduism and Hindu culture] as developed by later generations of social scientists.”[3]

In the academic study of Hinduism, “the scholar’s relationship to his subject was framed as a conflict between modernity and tradition, between reason and revelation; and the scholar’s role was primarily that of an iconoclastic subversion of tradition, albeit in the name of “criticism,” “universal values,” and “enlightened’ modernity.”[4] Thus, both Christian theology and enlightened modernity nearly totally agree on the conclusion that Hinduism is irredeemably bad and wrong, evil and demonic. They seek to redeem the Hindus through urgent eradication, using secularization, civilization, modernization, westernization, Christianization, or Islamization. In other words, Hindus must be emancipated, liberated, and saved from Hinduism itself, or at the very least be regulated, policed, accused, interrogated, monitored, shamed, and silenced.

In the colonial era, the discourse of Hindudvesha was set in motion in picturesque language, as evidenced by James Mill – that described and characterized Hindus as imperfect, barbaric, savage, wild, vague, wavering, obscure, rude, primitive, regressive, frivolous, wretched, imbecile, mean, absurd, base, gross, monstrous, superstitious, stupid, degraded, hierarchical, oppressive, immoral, disorderly, violent, selfish, corrupt, deformed, disgusting, grovelling, ridiculous, inconsistent, incoherent, ignorant, credulous, timid, dirty, weak, given to exaggeration and flattery, engulfed in darkness and confusion, and hardly different from monkeys.[5] In contemporary times, such offensive language may not pass the test of the “appearance of objectivity.” Therefore, while it may not be “politically correct” for Hindudveshis i.e., the exponents of Hindudveshic discourse, to use these terms explicitly, today, they continue to use them subtly to suggest, hint, indicate, imply, insinuate, suspect, wonder about, propose, assert, conclude, and to construct their Hindudveshic arguments. The one too many adjectives in the preceding sentences, serve to portray the relentless, all-pervasive, ambient nature of the discourse of Hindudvesha.

In contrast, the more popular term "phobia,” is an exaggerated, usually inexplicable, and illogical fear of a particular object, class of objects, or situation.[6] A phobia can also be defined as an extreme or irrational fear or aversion of something.[7] For instance, claustrophobia is the abnormal dread of being in closed or narrow spaces, or a feeling of discomfort or discontent caused by being in a limiting or restrictive situation or environment;[8] autophobia is the morbid fear of solitude;[9] and so on. Not all people experience phobias. Some experience and exhibit certain phobias vividly and powerfully, while others might unconsciously do so, much in the way that one may be racist without knowing it.

Construed in this manner, it would be legitimate to ask the question, “Is there or is there not an irrational fear of Hindus?” For most Hindus and many Non-Hindus, the answer would be ‘No’; they do not see the question as legitimate. After all, what have Hindus done to evoke fear in the “other?” Hindus have not threatened anyone; they are not proselytizing by nature; they do not seek to convert the entire world to Hinduism; they do not wish to replace all the other religions, philosophies, and ideologies in this world; they do not seek to conquer the world; they have no history of invading, conquering, colonizing, enslaving, and exterminating peoples in any part of the world, as some other nations and ideologies have done and continue to do. Hindus did not conquer Arabia and the Middle East; Hindus did not colonize England or America or the rest of the world; Hindus did not buy and sell African Americans as slaves; Hindus did not exterminate the American Indians and confine them to reservations; Hindus have not launched well-funded proselytizing missions rampaging around the world. The fact is Hindus have been on the receiving end of these atrocities against humanity.

Any encounter with a Hindu in the workplace, marketplace, college, school, neighborhood, or any public sphere, does not cause a primal, inexplicable fear in the “other.” On the contrary, Hindus (in America) are mostly well educated – they are doctors and engineers, scientists and technologists, entrepreneurs, businesspersons, teachers, and professors. Despite this, the Hindu is relentlessly portrayed in academia and the media as an existential threat to others. What could possibly be the source of “fearing” the Hindu in that fundamental and visceral way that a term like Hinduphobia seeks to represent? Therefore, it seems reasonable and rational to dismiss the term “Hinduphobia”either as something that belongs entirely in the realm of imagined and unreal paranoia or, at best, as an inaccurate term that is nevertheless trying to describe a real underlying phenomenon. This ambiguity about the term has led to calls for a different term to describe the underlying phenomenon. For example, terms like Hindu-baiting, Hinduodium, Hindu-hater, or simply Anti-Hindu have been suggested in the attempt to capture the reality of that visceral hatred or aversion towards Hinduism, as distinct from any “fear” as suggested in “phobia.” This article proposes that the term, Hindudvesha best captures the phenomenon in conjunction with systemic Hinduphobia. It’s not inaccurate to say that the discourse and narrative of Hindudvesha thrives in an environment that is relatively free from the fear of Hindu backlash. In fact, it is the near absence of fear of cost or consequence that fuels Hindudvesha, even as pervasive ignorance and arrogance sustain its mocking, stereotyping, caricaturing devaluation of Hindus and Hindu civilization.

We may distinguish two forms of Hindudvesha i.e., Blatant Hindudvesha, conscious and explicit, and Blind Hindudvesha, unconscious and implicit. Common to both the blatant and blind forms of Hindudvesha is the underlying presumption that the champions of the discourse are discovering and representing objective and unbiased truth about the Hindus, and that they are merely seeking a legitimate corrective based on an honest critique of Hinduism’s many perceived problems. Blatant Hindudvesha is explicit, conscious, and does not even try to pretend that it is an honest critique of Hinduism. It consciously and relentlessly demonizes Hinduism and disregards all evidence to the contrary. It is a discourse that begins with the premise and prejudice that the “Hindus'' are the problem, no matter what the issue is, and ends by repeating this foundational premise as the conclusion of its argument. Blind Hindudvesha is implicit, unconscious and masquerades as a genuine and honest, even an objective criticism of the Hindus. It is unaware of the prejudices that drive its discourse, and mostly unwilling to examine the underlying historical factors behind the emergence of such a discourse. Blind Hindudvesha thrives on the weight of endless repetitions and long chains of citations and also ends up calling for the eradication of the Hinduness of the Hindus, even if not explicitly so at all times. Hindudvesha - both blatant and blind - can be readily recognized in the outrage of its practitioners, whenever Hindus try to speak for themselves; the outrage then manifests in the form of urgent and inflammatory calls and petitions to suppress, silence, ostracize and outlaw the Hindus, while at the same time, scrupulously avoiding the substance of their arguments and criticism. The absence of Hindu voices in academia and the media is both an enabler and a consequence of the discourse of Hindudvesha, and traps both perpetrator and victim in a vicious self-perpetuating cycle.

Ultimately, like “Anti-Semitism”, Hindudvesha perpetuates a state of disharmony and conflict, leading to systemic discrimination and violence against the Hindus. As a discourse it justifies and camouflages all those forces directed at destroying Hinduism, the Hindu people, their culture and their civilization. And in so far as it shames, embarrasses, gaslights, and silences the Hindu people, it is a remarkably successful discourse. If as a Hindu, you are in any way embarrassed or ashamed of your Hindu heritage, or if you find yourself frequently being interrogated for the apparent mis-deeds of your ancestors such as the caste system, or if you find yourself constantly on the defense about your traditions, and feel compelled to defend or denounce them, of if you feel pressured to distance yourself from your heritage, or actively participate in denigrating and devaluing Hinduism, through name-calling and other strategies, then you may need to determine if you are a victim of Hindudvesha just as a victim of systemic racism needs to do.

Now that we have defined the term, it shall be incumbent upon us to distinguish the strategies that promote Hindudvesha as the objective truth about the Hindus; and to illustrate and demonstrate its ambient presence through examples and case studies in academia, media, school and college campuses, movies and the public square, politics, and policy domains. It is incumbent on all right-thinking persons, more so Hindus, to identify, call out and legislate against the principal players and stakeholders who institutionalize and perpetuate Hindudvesha.

[4] Adluri, Vishwa and Bagchee, Joydeep, “Jews and Hindus in Indology”, published in academia.edu, 2017

[5] Mill, James and Wilson, Horace Hayman, “The History of British India”, In Nine Volumes, Volume I, Fourth Edition with Notes and Continuation, London, 1848, (originally published by James Mill, 1817) – Every adjective or phrase used in this paragraph have been taken from the writings of James Mill.

[6] The Merriam Webster definition of ‘phobia’, at https://www.merriam-webster.com/dictionary/phobia

[7] The Oxford dictionary definition of ‘phobia’, at https://www.lexico.com/definition/phobia

Posted in Distortions in Hindu History

How Hindu Dharma Transformed America: A Personal Essay
Allow Your Breath to Take You Deeper
All Posts