Posted on June 08, 2021 by Manonmanii Krishnamohan 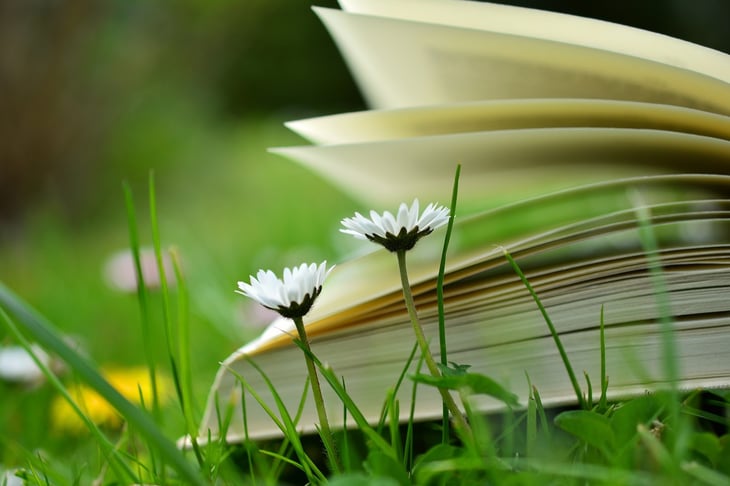 A personal quest of a Molecular Biology scientist, living far away from Bhārat, who wishes to teach the next generation not just ślokas and scriptures, but about what happened to our civilization and culture, and what their responsibility is in terms of their contribution to our dharma.

When the Hindu Studies course from Hindu University of America was introduced to me, I was skeptical about what I would gain from this course. The question that came to my mind was, “Is the course conducted by a Hindu or by an outsider, as is usual in the Hindu departments at some western universities?” Even if it was conducted by aHindu, I was under the impression that it would be like learning the meaning of some complex verses from our scriptures. I never expected that I would get the answers for my long-unanswered questions. The course was and still is an eye-opener for me. Each slide from every presentation was informative; by week 2, I was thinking ‘I wish I could have done this course earlier’.

Even though I come from a traditional family with Hindutva leanings, even though I had a good understanding about how our history was changed and manipulated, the feeling of not being able to give correct and convincing answers for some of the questions asked by the outsiders (for e.g., about the caste system) bothered me for a long time.

Very early in the course, when I read about the colonizer and colonized, I felt angry. How could this happen? How could colonizers see an advanced civilization and think of destroying it or manipulating it? It actually aggrieved me to learn of how they have made our people feel ashamed of our own tradition and culture, how they have made our people disparage our own medical systems like āyurveda, only because it has not been recognised by the colonizers. Things like – How they took all our Sanskrit texts and then claimed that it is a dead language; How they wiped the name ‘Gowri Shankar’ from history and called it ‘Mt Everest’;How Bhārat’s GDP—which was the highest when compared to all other countries before its colonization —changed after the paradigm shift, was really interesting to know. I felt extremely sad and angry to know about the many libraries, besides Takshashila and Nalanda that were burned,and how many of the remaining texts were looted.

Then my anger changed direction towards the insiders. Why did we not fight against these atrocities? Each and every scripture we studied was always about victory over evil. In that case why did we not come together to fight these evils? How did society become unconcerned? Our ancestors had, of course, protected and preserved several temples and texts, but could they have done better?

This course gave me an understanding of how the colonisers forcibly put their template on our system and misinterpreted our traditions, especially the system of varnashrama. Of how they applied their caste hierarchy to our system and made everyone believe Brahmins were the culprit behind the caste system.

I know that I cannot travel back in time to fix everything. My concern now is these atrocities are still being perpetuated in various ways, including but not limited to portraying Hinduism in a wrong way in the text books, not only in Bhārat but also overseas, converting gullible Hindus, etc. The conversions are happening through ‘inculturation’. It is all done by both outsiders and our own people who have become outsiders. This is like a cancer spreading across Bhārat, slowly and completely changing our culture and traditions, and making our younger generations confused. Anyone who speaks against these atrocities are branded as Hindu fanatics.

This course has also made me wonder if the so-called Hindu spiritual gurus who represent certain sects are aware of the facts and information covered in this course? While these gurus can influence several people, they carefully avoid using the word ‘Hindu’. I have noticed these gurus give talks about Bhagavath Gita and Ramayana, and they never mention a word about Hindu Dharma. My question is, why? They say that they are spiritual, and that spirituality is not just Hinduism, anyone can be spiritual. I feel such gurus are dangerous to our community, as they could confuse our next generation and are diluting our religion.

Whether while growing up in Bhārat, or even after I became a scientist, I never had any issues in believing in any of our traditional systems, like āyurveda. However, the next generation, especially the children who are growing up away from Bhārat, are unfortunately made to think like outsiders and made to question every ritual and expect a logical answer where the parents themselves are not able to answer.

Therefore, the consequent feeling I had was that I needed to do something. Being away from Bhārat for the past 24 years, I have been volunteering by teaching our dharma and Samskritam to children growing up in Australia during the weekends. We have Vidya Vihaar classes here, where we teach our children Samskritam language and value-education from our scriptures. The main objective is to make our children understand and be proud of their identity. We run these classes at the national level. The course has made me strongly feel that we need to take these classes to a different dimension, especially for the youth (ages 13-17). I feel that every child who goes through Vidya Vihaar should complete the Orientation to Hindu Studies course before they enter a University. That way, apart from learning shlokas, scriptures, and Samskritam, students would be completely aware of and understand what happened to our civilization and culture, and what their responsibility is in terms of their contribution to our dharma.

Even though I spend my time on the weekends for community work, it is a big task to make the Hindu parents understand the importance of Hindu-Dharma-classes for children. My inspiration is Bhagawan Krishna, who explained the Gita to just one student - Arjuna. With this contentment, I decided that even if there was one student willing to learn, I would teach. After taking this course at HUA, I feel that I need to actively make the Hindu parents understand the facts, and request them to send their children to classes. We need to make the parents understand that being a Hindu is not just about going to the temple or praying at home. We need to protect our dharma, and each of us are responsible for doing our bit.

I feel we need to have these Hindu Studies courses available in several universities in Bhārat. We need to make both the students as well as the parents think of these studies as important as any other professional course. I feel that even the Hindu gurus representing different sects need to take this course. I feel that this course can be a part of training at the Veda-pāthaśālas, so that those who graduate from Veda-pāthaśālas as archakas are aware of the facts and unknowingly don’t help the adversary. This will also hopefully prevent them teaching and translating treasures from our scriptures to ‘outsiders’.

I feel it is a mammoth task if we try to bring any change in Bhārat at the moment (for e.g. bring change in our textbooks). We can focus and educate our children through the weekend Vidya Vihaar classes. We need to make this a movement and create awareness among our next generation. It may take another 100 years, but we can make a start now.

We should especially focus on the children growing up outside Bhārat with the weekend classes and encourage our youth as well to do this course. I wholeheartedly thank the course-coordinator for such wonderful course content. I am happy to help in all possible ways to spread awareness.

My Journey Towards Hinduism
The Colonial Caper - a Masterplan, a Heist and an Assault
All Posts