Ayurveda and Beyond: The Need for Hindu Studies in Academic Institutions

Posted on January 31, 2021 by Luvena Krishnamurthy 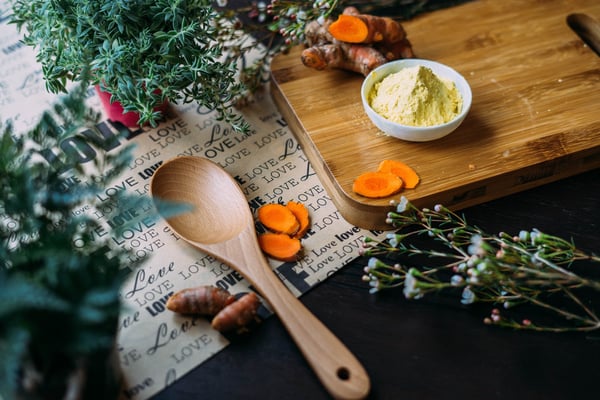 Hindu studies in academic institutions of all levels is important to present the breadth and depth of Hindu thought to humanity. The opportunity to receive this education is important for the sake of our own understanding of our past, and for giving credit that is much deserved and long-overdue.

Ayurveda and Beyond: The Need for Hindu Studies In Academic Institutions

I was recently engaged in a discussion with a doctor friend of mine around a meme on Ayurveda. The discussion was on a social media platform, and was open to input from other readers and observers. The post had driven a lot of sympathetic agreement from the conventional medical fraternity and, in general, vouched for a sentiment that established Ayurveda to be an inferior, non-scientific, and unrecognized form of nonsense (a.k.a. quackery). The caption indicated that Ayurvedic doctors were ill-qualified medical practitioners who inevitably put patients’ lives at risk, while conventional medical doctors were out there saving lives and picking up the mess after Vaidyas, who were most likely considered graduates of weekend or short-term courses. Of course, there was no awareness of Ayurvedic education, the effort that went into preparing towards its practice, and worse, there wasn’t any impetus to take any step towards understanding the tradition, either.

These conversations are not new to me. I come from a conventional medical background, too. However, being curious and seeking by nature, my education had shifted from curative and symptomatic allopathy, towards Ayurveda and holistic wellness – a more consciousness-based health practice. Now that I have established my perspective towards this conversation with my friend, which then went to many aspects of significance to many of us contemporary Indians, let me narrate further what happened.

My conversation with my friend began with an invitation to place some fillers on the table to clear at least a few gaps in the understanding: that Ayurveda was not quackery, that surgery in Ayurveda was not borrowed from modern surgeons, and that Ayurvedic practitioners, like modern medical practitioners, underwent intensive training in diagnostics, treatment, and surgery before they graduated. I also invited my friend to consider how Ayurveda—like many other indigenous practices and protocols of wellness—were practically annihilated at the hands of colonizers (especially the British), and that what has survived is a cherished legacy that comes from a time much before Hippocrates. I also expounded that Ayurveda had a much deeper intent; one that involves the overall wellbeing of the patient, even spiritual well being. You have to remember that I was speaking to a rational mind, and you can imagine where that might head.

How do you think my passionate plea was met?

With the inevitable “Let’s agree to disagree on this,” and other rational points that refused to budge from the set-in-stone paradigm that ‘Western Allopathic Medicine’ was superior, scientific, accepted, and had a ton of past and ongoing research to prove itself as legitimate; while Ayurveda is unregulated in its formulation, may have ingredients that are toxic (yes, the irony isn’t lost on this one), is established in some mumbo-jumbo pseudoscience, has doctors who cannot communicate universally in common medical jargon, and at best, has quacks holding MS certificates in witchcraft while at worst, it puts innocent and naïve people’s (not patients’) lives at risk by using ‘jadi buti’ concoctions, and, most significantly that—“colonialism, or the effects of our history, have nothing to do with it.”

So, where does that leave us?

I’ll begin by saying that as much as I may have presented the above paragraphs with a tone of frustrated ludicrousness—because it doesn’t really get accepted as ‘ludicrous’ by conventional medics—I come from a place of deep pain and anguish when I say this. Pain and anguish because, aside from the imminent intention that both parties have towards saving lives, the chasm between the two worlds of medicine seems to be ever widening. At the same time, the common history of the two practitioners, both siblings born of the same land, is met with polar opposite views with one glaring difference. The wealth of a legacy in Ayurveda from a bitter history stands to face ridicule, disdain, and eventual elimination at the hands of our educated youth who continue to perpetuate the narrative ingrained deep into our psyche over many generations – that the English Way must be the Right Way!

In my opinion, this can be addressed by ensuring that authentic studies about the history, culture, practices and streams of wisdom of India, as well as the Hindu thought, be an essential part of learning for children of all ages and in all academic institutions. As a mother, I see how children absorb the stories, ideologies, beliefs, and values that they are exposed to. Unfortunately, our educational system is established in a way that conveys the history of figures and dates, without making the learning from history available to our children. Eventually, parents with poor exposure to our rich past will hardly be a repository of authentic resources for future generations; leaving behind a country with one of the largest populations (of both citizens and diaspora) believing in a misrepresented view of their own culture—the largest, and practically the only, survivor of the Ancient Civilizations. An education grounded in pride in one’s heritage, imparted by custodians of that country and community, building a foundation of openness and tolerance, may break the vicious cycle of dominant narratives as perpetuated by those in power, and create space for a more diverse truth leading to subsequent healing for all concerned.

When I was in med school in the Ukraine, we had to study Ukrainian history, religion, and psychology as mandatory subjects for two years. Religion covered Christianity, Hinduism (taught by an Indian Hindu Pandit), Judaism, Buddhism and Islam (with teachers from both Shia and Sunni sections). Additionally, we had a woman who taught us about herbalism and natural phenomena. I found this a very unique approach, because I don’t think this is–or was–standard curriculum in any Indian medical institution.

Hindu studies in academic institutions of all levels is important, not to indoctrinate or proselytize students, but to present the breadth and depth of Hindu thought to humanity. It is an opportunity to represent history as it was experienced by us. The same history of Hindu thought that influenced and impacted modern sciences, mathematics, music, astronomy, and many other fields, and the rich literature and philosophy that stands to help inspire peaceful collaboration between individuals and societies, not to mention countries across the world.

With this in mind, I believe that reaching out to schools, colleges and universities with well-constructed programs, offered by institutions well-versed in the subject matter under Hindu Studies, might be a way forward. I am also aware that changes in the education system to affect such an inclusion will face massive resistance from parents, educators, and the political agenda that would see this as a threat, as opposed to an opportunity to learn, collaborate, and unify.

In an effort to eliminate echo chambers and preaching to the choir, the effort really should include outreach—although it is a bit funny to think of the silenced voice reaching out to the dominant loudspeaker for an opportunity to be heard. Yet, I would like to think that starting somewhere is key.

It is time that we have doctors, lawyers, musicians, scientists, herbalists, activists, and others who are aware of the significance of our heritage and history. To take pride, with humility, from the lessons history has sought to teach us and find ways to incorporate that into our rationalism. This would be of benefit not just to elicit equity, but also to share the gifts of Hindu Thought with the world. It would only help in expanding our awareness, wouldn’t it?

I, for one, as an educator with a platform and a small–yet potent–audience, would love to learn the depth of such conversations to be able to share and educate further.

These conversations are important.

The opportunity to receive this education is important not just for the sake of the conversation and for shifting the paradigm, but for the sake of our own understanding of our past, and for giving credit that is much deserved and long-overdue.

These conversations require courage. It isn’t easy to be the underdog in these conversations, yet with the current tide of the narrative, that is exactly where we would be starting from—a place where they expect us to fail. Initiating these conversations should be approached with thorough preparation, unshakeable intent and support. The people delivering the content should be mentored to be well-versed, approachable and well-grounded critical thinkers with the ability to take the criticisms that will certainly come in.

We should also publish more contemporary literature, even beyond academic papers; to reach the critical mass of readers – even native readers – because the current trend is to absorb the received knowledge that reeks of colonial script. I call it reimporting repackaged wisdom—we pay to consume our own inheritance. We need more contemporary publications from our own authentic sources. We need—no, we deserve the opportunity and supportive environment to lift our heritage back to a place where it gets its overdue credit. We deserve the right to make our voices heard where it matters to be heard – everywhere!