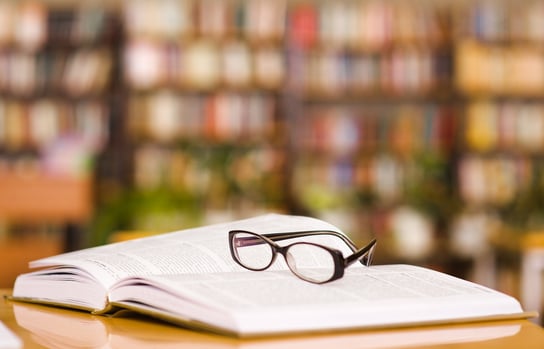 Can Hindus study Hinduism critically or are they regarded as naive and non-critical because they see themselves as Hindus? These questions were the essence of a recent webinar discussion that focused on the persistent perception in the academia that Hindus cannot critically analyze and describe their own epistemology and hence intervention, followed by re-interpretation, by the Western academic scholars is needed. Western methods of “studying” Hinduism and other Dharmic cultures and traditions, are invariably based on the presumed notion of a primitive nature of their objects of study. This primitiveness has become an unquestionable first principle, through the ordering of cultures and civilizations on a scale of development, promoted by enlightenment era thinkers. Hinduism’s ‘ancientness’ cannot be disputed, and since ancientness connotes primitiveness automatically in the western paradigm, contemporary Hindus get automatically labelled, as ‘ancient’, ‘uncritical’ and ‘naïve’ i.e., they have not yet attained the so-called critical consciousness of the West. This was the argument of the colonial era, which justified systematic plunder of India, in the name of a civilizing mission.

This inherent bias entrenched in academia and the resulting adverse assessments and judgements cast on Hinduism from this research methodology have remained unquestioned for too long. The argument is also used to exclude Hindus from the domain of academic studies of Hinduism unless they too embrace the western paradigm of casting Hinduism as primitive. Ethnography, as a method of research, has too often been used, and continues to be used to portray ‘primitivity’ in its exotic and graphic detail. The question is, can this be changed? Can ethnography, which has been a formal subject area, itself be transformed so as to potentially rectify the issue at hand? Are there good ethnographic studies that can counter bad ethnographic studies and rectify the errors of the past? Or is the method of ethnography itself fundamentally flawed?

"The ways in which scientific research is implicated in the worst excesses of colonialism remains a powerful remembered history for many of the world's colonized peoples. It is a history that still offends the deepest sense of our humanity.1"

In this Webinar, Dr. Indu Viswanathan and Kalyan Viswanathan discuss the problem of research methodologies practiced by most of the academia today in the west and in westernized institutions in Bharat. In this paradigm, Hindu researchers who are practicing members of their denomination somehow are presumed to not have the authority (i.e., adhikara) to study their own traditions and cultures due to the presumptive loss of subject-object distinction along with loss of objectivity. This provides an immense latitude for projection of an Etic perspective on the culture under investigation, and to place itself in a privileged vantage point that then describes the Hindu cosmology as primitive, stagnant, and hierarchical and oppressive. This outmoded form of research can trace its origins to colonial times, when the west was convinced about its unassailable superiority, culturally, economically, religiously, and militarily. But this method largely continues to be in play today.

Currently, all the disciplines of social sciences and humanities in the westernized universities are based on knowledge produced and epistemic privilege assumed by researchers from just five countries2: England, France, Germany, Italy and USA. The provincial ideas developed by this group on various subjects leading up to philosophy have been universalized to become the lens through which every other culture and tradition has been studied by them. This model has become pervasive and entrenched in academia over time. However, recent trends in studies in decolonization suggest that scholars from indigenous and non-dominant communities are beginning to question the validity of the prevailing methods and in fact, are starting to redefine the methods of research too. As an example of this perspective shift, Dr. Viswanathan pointed out even though Native Americans in the US are much smaller in number today, they have collectively made significant progress in their ability to articulate and advocate for changes to the ways their communities are studied and reported.

There is also a gap between the way practicing Hindus and the broader academia view our ancient texts. Hindus tend to revere the extensive body of knowledge and insights generated by its peoples and various sampradayas and these are incorporated in daily life in multitude forms. On the other hand, academia tends to view the same texts through the lens of 'primitivity' to downright irrelevance to modernity. The power of influence from current academia might seem formidable, but Dr. Viswanathan offered actionable suggestions for the Hindu community to consider.

Dr. Viswanathan advocated for increases in scholarship endeavor encompassing research and publication activities across disciplines such as education, ethnography, and media. When skillfully done, the authentic Emic based work will help, over time, drive tangible changes to the current colonial era-based perceptions to a more authentic, truthful representation of the Hindu cosmology.

Herein lies a great opportunity provided by the HUA platform, that is being developed by a solid group of scholars who have demonstrated their originality of thought and deep commitment to high-quality academic work. Is it not time, for the Hindu community to not just recognize this problem and provide an Emic perspective within the framework of academic research, but pave the pathway for reclaiming both their agency and their narrative, about themselves and their culture.

The webinar recording can be found here: Webinar Replay.

2. Grosfoguel, Ramón (2013) "The Structure of Knowledge in Westernized Universities: Epistemic Racism/Sexism and the Four Genocides/Epistemicides of the Long 16th Century," Human Architecture: Journal of the Sociology of Self-Knowledge: Vol. 11: Iss. 1, Article 8. Available at: http://scholarworks.umb.edu/humanarchitecture/vol11/iss1/8.

Why Hindu Studies are Crucial
Dr. Vishwa Adluri receives the Distinguished Indologist Award from the Govt. of India
All Posts